Your item is repaired and shipped back the same day it arrives in our facility compared to our standard
1-business day turnaround, which ships the next business day
(Monday - Friday).

We take the guesswork out of choosing the correct part number. Please provide VIN to ensure proper fitment

If you do not know your engine hours we can estimate them for you.

The current mileage of your odometer.

I state that the odometer now reads the miles entered above to the best of my knowledge.

All of our Exchange Clusters include a brand new lens at no extra charge. NOTE: We cannot offer new lenses for special edition clusters (Denali trim packages).

A return shipping label is included with this rental. 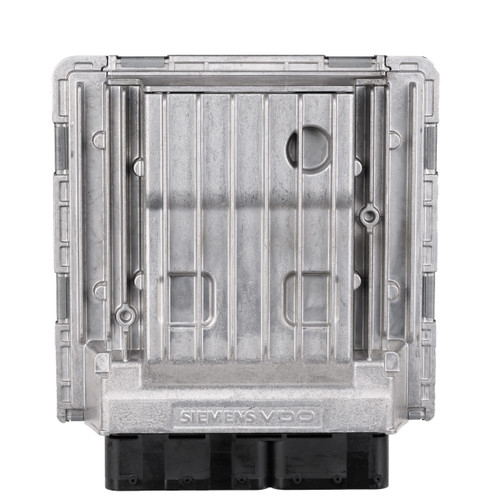 This BMW Siemens MSV80 DME (Digital Motor Electronics) MISFIRE repair service affects the N54 or N54T 6 cylinder turbo engines commonly used in many 2007-2013 BMW vehicles. The DME is sometimes also called the ECU (Engine Control Unit) or ECM (Engine Control Module).  With our repair service, we fix the "root" cause of the issue using upgraded components with no impact to your VIN locked DME. There is no programming required, and the DME will return to you ready to install (plug and play). Our service will eliminate misfires that are created by a failed MSV80 DME in E82, E90, E91, E92, E93, E60, and E89 series (see typical vehicle list below). This failure is the most common problem with the Siemens VDO BMW DME, and as often indicated by one or more of the following diagnostic trouble codes:

Siemens MSV80 DMEs are in the following vehicles:

Our rebuild service uses upgraded components, is reliable and the easiest way to get your BMW back on the road using your car's original DME!  Avoid the mishaps associated with purchasing a used DME from the junk yard, third-party or the cost of a replacement from the dealership.

Your DME will arrive ready to install and use! Our staff is extremely knowledgeable about this common failure of the engine computer and will be glad to answer any questions you have. You can find a list of part numbers of MSV80 DMEs below.

Wondering How This Repair Service Works?

At Circuit Board Medics, our focus is on quality repairs, fast turnaround, and excellent communication. One key to achieving these goals is ensuring that we have customers' contact information and payment before beginning any repair order. Watch our video to learn more about how our repair process works and how we can help to get your vehicle or appliance back up and running quickly. Disclaimer: We are not responsible for lost, delayed, or non-repaired items shipped to our facility without an order number.

Your DME should have the part series number MSD80 on it. In addition to that, it will have a part number similar to the ones listed below. Note: This is NOT a complete list. If you do not see your part number listed, please call us and we can check on your unit. 800-547-2049

Our no-hassle warranty covers your repair for a full year. If the repair fails anytime within a year, we will repair the item again. In the rare occasion that the item is not repairable, we will either replace the circuit board entirely or refund the cost of the repair, at our discretion. See Details...